Joe Swift and the Reality Gap

When the Sock started her bloggywog back in May 2008 her first incisive observations were directed at Joe Swift's Gardeners' World allotment.  Even the oldest amongst you couldn't fail to remember the outrage engendered in Messageboardworld by the saga of the 'Couch Grass' Joe rotavated into his allotment and the Sock's prediction for the state of the allotment by 2009! 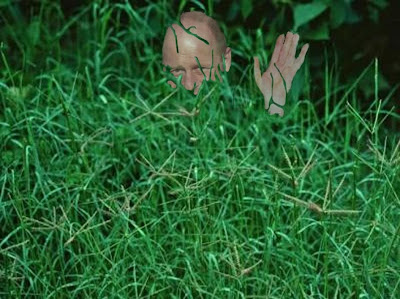 Followed by Chris Beardshaw's visit to Joe's Allotment in 2009 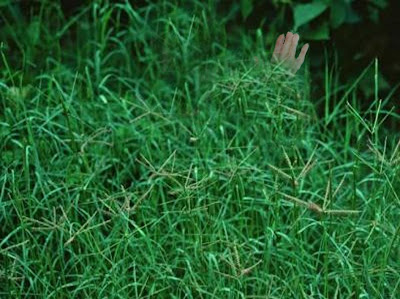 Now Messageboardworld is again awash with horror at the 'scandalous' news that Joe Swift has quit his allotment!!! Yes, apparently Joe has cleared off, taking his shed and  triangular beds with him and this is all that remains.  Fellow allotmenteers have noted that Joe refused to take any of the plants with him as the roots would all be rife with marestail.   Posters are hurt and confused that all the 'introduce your family to allotment life', 'grow your own veg' and 'make friends with fellow allotmenteers' turned out to be fake.  Surely they should have realised it wasn't real as this isn't the first time Joe has been accused of neglect.

Yet again poor Joe is much misunderstood.  The Sock has told you all before and she will tell you all again.. these people aren't real they merely exist for the purpose of presenting a TV programme and when they have done that they go back to their normal everyday lives.  You don't think the Pope sits around of an afternoon with his big hat and gold robes on when he is watching 'Through the Keyhole' do you?  So why would you expect Joe to spend the rest of his spare time digging out marestail on his lottie and eating fresh veg when all he really fancies is some turkey twizzlers and a bag of chips?

The reality is that when the camera stops rolling Joe returns to his day job as er... well the Sock isn't exactly sure.. but he is President of the NGS.   This doesn't bode well for him staying on at Gardeners' World where it would seem that retiring presenters get to be made 'Presidents' of various things* in the same way retiring MPs get made Lords.

*  Lord Monty of Don got made President of the Soil Association
Posted by Arabella Sock at Wednesday, April 07, 2010

... and La Titchmarsh is now President of Plant Heritage as well as posing in every B&Q store across the land.

That's no surprise then.

It's the old adage of a builder's house always being a mess and in the middle of works, as they never have the time or the inclination to work on it. And he is far too busy playing golf and filming little videos for tinternet.

Oh that whole nastinest about Joe and his (yes, woeful allomtent) was a bit upsetting at the time. It was so obvious that someone from the team had to go make an allotment - it's fashionable don't you know, the stupid average non veggie growing new allotmenter won't care.
We knew better and I felt sorry for Joe, glad he's got that plot off his hands and can have a life - no one should have to be on presenter mode at all times.
I like Joe, can you tell? xx

So, let me get this right - if you rotavate in your couch grass you end up with mare's tails. This gardening lark is even worse than I thought. Not seen British TV for years so not really au fait with the detail of Joe's fall from grace. But it made for a good read, which is what counts. ;-)

No doubt he's off to work on the next "big thing". Forest garden anyone?

Hi Gilly - I am a bit confused about the marestail/couch grass bit too. In my original blogs I said couch grass so presumably the word was that was what it was. Now that seems to have changed to marestail and I do remember doing a blog about Joe's allotment called 'Midsummer nightmare's tail'. So either they are the same thing or he rotavated both into the soil.

I never understood why people got so upset about it - it was such fun it provided me with a whole series of blogs! Now there is very little inspiration.

Roland - I'm not sure about the golf but the more Joe films little videos for the internet the better!