The Sock has been garden visiting with a bunch of friends from blog and twitterworld.  Can you guess where she's been children? Here are some clues.... 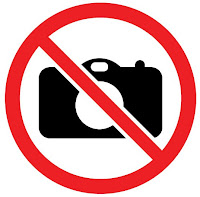 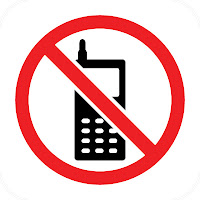 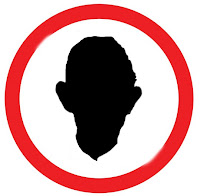 and if you still haven't got it here is the give away - Organic Clotted Cream Fudge no doubt made by HRH himself. 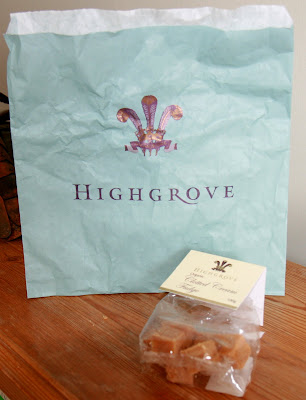 Even the most intellectually challenged of you must now have realised where the Sock went.  The lovely Patient Gardener organised a twitter trip for 25 interested people to have a guided tour around Prince Charles' Highgrove garden.  The Sock felt really rather special being one of a select bunch to do this... that was until first Old Ma Sock told her "Oh yes, we went there on a coach trip last year" a fact that the Sock was inclined to dismiss as a bit of the usual mental confusion and then the Sock's pal The Black Fingernail informed that he had been too and that it was "fine if you like stumperies!".  So apparently all and very sundry are allowed in as long as they a) don't carry cameras b) don't carry mobile phones and c) bring some photo ID (of themselves and not of a bearded Bedsock as the Sock nearly did).   Even then the Sock was convinced that we were an elite group allowed in as a special concession but as it turned out we were part of a conveyor belt of tour groups staggered at 15 minute intervals throughout the day.

However, as our party included some Chelsea medal winners (and of course the Sock herself) amongst the general rabble, we were afforded a very nice lady as our guide who had also 'medalled' at Chelsea on several occasions.  For the most part our group behaved as befitted the occasion but there were some giggling at the back and being rather loud - no names mentioned... what happened at Highgrove stays at Highgrove.

(Disclaimer: The thoughts below are the Sock's impressions and responses to Highgrove and not based on anything the guide said.)

If a garden reflects the personality of the owner then you would have to think that Prince Charles was a somewhat mixed-up soul. In the Sock's mind it ran an eccentric path from brooding melancholy to childlike enthusiasm with more than a few quirky twists and turns in between.

The woodland and stumpery  (and there did seem to be a lot of stumpery) felt slightly dark and gloomy - not places where the Sock would want to sit and think and yet this was an area full of shaded seating, temple-like structures and statues to contemplate. Many of the 'objéts' were gifts that the Prince had received and it was at this point that the Sock started to feel rather sorry for him.  The Sock is terribly precious about her garden because even though some of it isn't entirely to everyone's taste, everything in it is what the Sock (at some time) wanted. Don't tell the Bedsock but when he has been keen to grow a plant that the Sock doesn't find fitting it gets sadly neglected and quickly disappears.  So imagine how you'd feel with a gift of a ghastly garden building dumped on you by some visiting dignitary which you were obliged to fit forever into your garden scheme! Or forty tree ferns you might not have really wanted (actually these looked rather good), or five thousand frou frou fuchsias you have to find a home for - the latter didn't happen but it could!  Many of the structures and statues were really quite gorgeous and we weren't given any hint that Prince Charles was less than pleased with them but given the guy's got enough dosh to buy exactly what he personally wanted for his garden it must surely be a bit galling to incorporate others' gifts ideas into his design.

The walled kitchen garden by contrast was joyful and uplifting - everything it should be, bright colourful and full of the activity of insects and gardeners.  It felt warm, lived-in and productive in a slightly untidy way.  A place to be.

There were pleasant plantings around the exterior of Highgrove House and then we came upon an extraordinary eccentricity  - in full view of the lovely stone terrace leading down from the living room was a piece of pure fantasy, a Gandalf's hat shaped 'folly' built around the remnants of a large tree stump.  It was totally charming in a child-like way but completely in the wrong context.  However, the Sock did feel that at last there was something of Prince Charles own personality coming through here because you really wouldn't live with it if it wasn't yours - that is unless you were an overgrown kid. Maybe this speaks of some unfulfilled childhood playfulness on the Prince's part, maybe the over abundance of alchemilla mollis, self-seeded to saturate the nearby seating represented a desire in Prince Charles to just go wild and free.  Or perhaps we read too much into these things...

There was a lot more to the garden but the Sock's overall feeling was that it was bitty and didn't flow.  However, it's foibles make it an interesting garden and the Sock was pleased to be able to look around.

The best part of the day was as always the company.  The healing power of hugs and laughter from some gorgeous gardening guys and gals lifted the Sock from her doldrums and smoothed the recent rucks in her cashmere.  Not to mention a surfeit of cake both the Ducky of Cornwall Cake in the cafe and the rather better Lazy Trollops legendary cupcake as pictured by VP here.  The only slightly sad note is that the Sock took along one of her precious Beardibums as a 'buttonhole'.  Sadly the Beardibum took wing, fluttered away and was last seen alighting one of the box bushes by the Prince's front door.  The Sock is now down to 21 Beardibums.


Update: Sadly the rather good fudge got eaten by a rather bad cat who now has a rather upset tummy!
Posted by Arabella Sock at Monday, September 06, 2010

fab post and I agree with your comments, a good summary. Off to plan the next outing!

It looks like you've written what we've all been feeling about Highgrove-in a nutshell.

Must echo your thoughts, the best part of the day was the people-Amen

And yes there was some giggling bringing up the rear....mmmm.

I rather like the idea of a Beardibum adorning some part of the garden. Imagine Charles's confusion should he stroll across it.

I doubt that they'll ever find the treasure as they don't appear to use their front door too often.
Was a great jaunt. Full of mischief and fun.

I have this theory that Brits merely go and visit gardens because they then have the perfect excuse to stuff their faces with cake. So what a garden looks like is neither here nor there, the real question is: how's the cake?

Wish I'd been there too!