By popular demand the Sock is very proud to unveil her new 'Hissingfirst' masterpiece!  If you missed all previous episodes you can seem them all here

clic for the flic


Ps.  Apologies if the timing of the gif is too fast/slow - its impossible to get it right for everyone.  Let me know if there are problems.  Arabella xx
Posted by Arabella Sock at Wednesday, November 24, 2010 7 comments 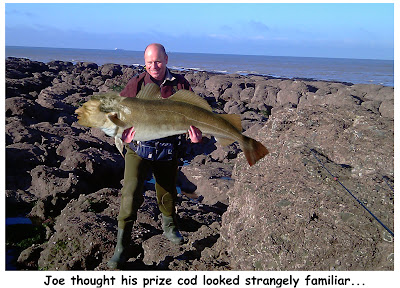 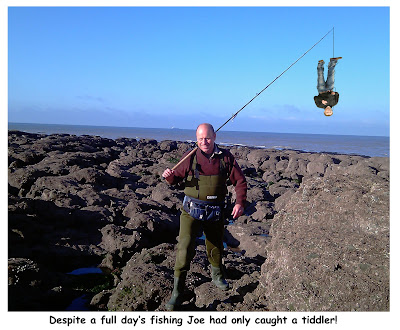 ..
Be afraid, be very afraid but clic on the pic to enlarge anyway! 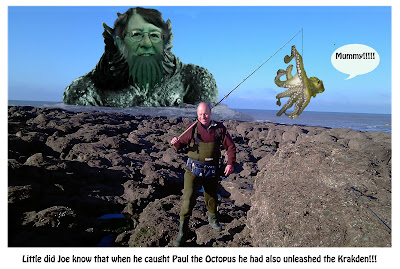 You really, really must clic on the pic to enlarge! 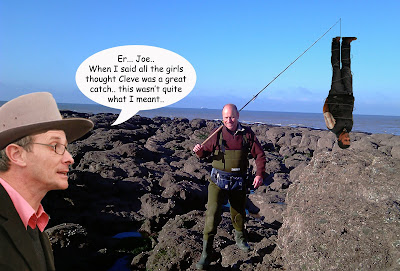 It would now appear to be November and quite what happened to October is anyone's guess.  Somewhere down the line the leaves turned amber, the central heating came on and the cats went into hibernation mode (which differs from summer mode only inasmuch as Spook spends more time pretending to be asleep on my keyboard and refusing to shift when I want to use it and Hebe lives at the back of my wardrobe rubbing as much cat hair as possible onto my previously smart black winter coat).

In between cleaning the greenhouse and bringing in the aeoniums to save them from a cruel and frosty death the Sock has been out and about. 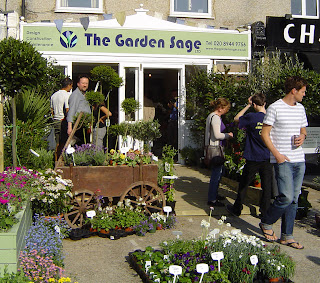 First a delightful evening out at Garden Sage (a.k.a. Rob's Shoppiwop) where the lovely Landscape Man had very kindly agreed to give a talk to celebrate the fairly recent opening.  It was an engaging and interesting talk, very well pitched too given that the shop setting was rather small and intimate and the audience a daunting mix of locals, Rob's relatives and the Sock and some twitter pals leering less than four feet away.


This gave us the opportunity to appreciate just how handsome Matthew Wilson really is - even more so in the flesh than on TV.  Not that the Sock is shallow or anything but it did strike her that given the Gardening world is well blessed with quite delectable men and women how come we end up with mostly mingers or madpeople as the face of gardening on TV? Sadly C4 is not running a second series of Landscape Man, one of the few programmes the Socks both looked forward to watching.  We can only hope that Matthew is snapped up quickly (if he hasn't been already) by someone who will put his face back on our screens in an intelligent gardening/landscape style programme.

Next an extremely enjoyable autumnal outing to Great Dixter with the LazyTrollop who has blogged about it here. A planned summer trip there never materialized and it wasn't an obvious choice for autumn colour so the Sock thanks the indefatigable  VP for recommending it in her Guardian blog here.


The highlight was a talk by River Cottage Gardener/Climate Change Farmer/blogger/writer (and not bad looking either) Mark Diacono, encouraging people to grow more little known crops.  Having bumped into Mark prior to the talk and explained how her garden (55ft x 17ft) was too small to grow anything greatly exciting, the Sock left inspired to grow all sorts of wonderful flavoursome things that can't be bought at the supermarket.  More on this in a later blog with a review of Mark's book 'A Taste of the Unexpected' and a lengthy list of all the interesting seeds the Sock has since bought.

Two evenings at the theatre, one seeing Shappi Khorsandi who said she knew that a lot of the audience would be worried thinking she was that irritating woman on Radio 4.  As the Sock was one of those 'worried' she was surprised to find Shappi very smart and funny on stage.   An other evening of more gentle comedy with Alexander Armstrong and Ben Miller finished off the month on a happy note.
Posted by Arabella Sock at Thursday, November 04, 2010 5 comments