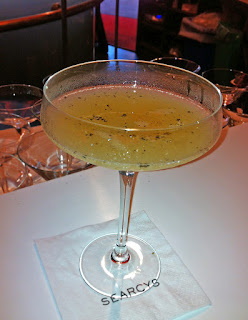 I was a relatively late starter as far as boys were concerned (although arguably I made up for that when things finally took off).  I hung around on the periphery of a gang of the more 'developed' girls at school, envying them their easy, knowing, flirtatious manner around the opposite sex when the closest I came to a boy was looking like one.  Oldmasock had for years insisted that my hair was cut short in a boyish manner and having no discernible curves even at the age of twelve I was still mistaken for a boy although doubtless quite a pretty one.  Not that I cared so much at that time, never having had female friends and growing up a 'tom-boy' I lacked what might be termed 'feminine wiles' and think I probably always have.

It was against this background that at the age of fourteen the clique crowd I was trying to insinuate myself into at school decided I must have a boyfriend.  "Gus will do" they told me during the, as usual, uncontrolled religious lesson at our girls grammar school. Nobody was paying attention - one group of girls hiding, giggling, in the large cupboards at the back of the classroom, whilst another were snorting and throwing themselves off their desks in a re-enactment of Jesus driving two thousand pigs over some cliffs.  "Yes Gus - he's lovely and we've told him about you and he's interested.  Meet him tomorrow night at the youth club."   Nervous, thrilled and excited I cancelled my treat of a trip to the pictures with my parents to see the latest James Bond film, an event our family always looked forward to being great Bond fans.  Instead, I stayed at home to wash my short, curling hair, and prepared myself for the date with Gus the following night.

At school the next day I couldn't concentrate in the lessons, fidgety and nervous. Wanting to know more about Gus I asked the girls "Is that his real name?." "Oh no" they replied "it's......" and as they told me, my exciting new world fell apart and I realised what an unforgivably horrid trick they were playing.  I knew him - he was one of Bro-Sock's schoolmates an extremely unattractive, very short boy with enormously sticky out ears and a fairly unpleasant personality.  I buried my head in my arms and sobbed, and sobbed, and continued head on desk, my body wracked with great heaving silent sobs, all the way through maths.  At some point the maths master asked the by now deeply contrite girls (who I think had actually thought I might find the joke amusing) what was the matter with Arabella. They hissed "girls problems" at him in a way which invariably made any of the male masters back off from any further interrogation.

The memory of this teenage angst, linked so inextricably with my missing "On Her Majesty's Secret Service" at the cinema, came flooding back to me during our visit to the Designing 007: Fifty years of Bond Style" exhibition at the Barbican.  Though at least the missed film had only been the George Lazenby one which I never really considered a good Bond movie.

Amongst the myriad opinions that the Bedsock and I are polarized on is my contention that Sean Connery was the best and only, real Bond and the Bedsock's insistence that Roger Moore's comedic impersonation of 007 was superior.  A girl's Bond and a boy's Bond perhaps, or the fact that the best Bond will always be the one you are first introduced to - and the Bedsock is a 'tad' younger than me.  Whilst I thrilled to the wolfish, amoral charms of Connery in Dr. No and Goldfinger the Bedsock was later wowed by the safari suited Moore slickly surviving sharks and vanquishing voodoo in 'Live and Let Die'.  For both of us the later Bonds, Timothy Dalton, Pierce Brosnan and Daniel Craig are merely pale imitations.

The exhibition is quite fascinating albeit a little crowded.  For the Bedsock the snippets of interesting information given along with the exhibits were key,  the number of white cats on stand by for the Blofeld's pet role, the fact that all but one (exhibited) of the fake gold bars used in Fort Knox  (Goldfinger) have been lost or stolen, an original exhibit of Odd Job's hat - thrown like a frisbee with it's decapitating sharpened steel rim, various pieces of gadgetry from the early films revealed as little more than a few odds and ends of old cameras and cannisters thrown together to produce the effect of a hi-tech weapon.  For me, Bond was evoked by the originals and recreations of costumes from the films. The sexy, mannish outfits of Pussy Galore were ahead of their time creating a change in fashion.  I guessed which dresses were worn by which characters, costumes from Madonna's fencing mistress to the glamourous casino evening dresses of Xenia Onatopp, Plenty O'Toole and Grace Jones as May Day.  The best bits were seeing Ursula Andress' iconic bikini from Dr. No. (which was cobbled together at the last moment from her own bra and an army belt) and a mannequin wearing a suit designed for Daniel Craig which was shorter than Chris Beardshaw!

And the best bit of all - a shaken cocktail from the 007 Martini Bar.  I'm not sure that James Bond drank grapefruit and pepper martinis but I did and it was very good indeed.