Terry Pratchett's character in Maskerade was wrong.. there are basically three sorts of opera -

Indoor - where the overdressed audience watches overdressed performers, and quaffs champagne in an elegant lounge bar during the interval

Outdoor - where the audience stretch out in a park on their picnic rugs whilst watching Il Divo and/or snogging their girlfriend between necking prosecco from the bottle.

Glyndebourne - where there is a perfect merging of the two - posh yet not uberposh, picnic rugs but not superfluous snogging (well not for me and the Remarkable Ms. Reeley anyway) an indoor opera with an outdoor champagne picnic in beautiful gardens which morph gently into the Sussex countryside.

"Glyndebourne is an indoor opera" a point John Hoyland (Garden Advisor) made quite strongly at the beginning of our tour.  When people envisage Glyndebourne it is the champagne and strawberry picnics in the grounds that come to mind giving the impression that the opera is outdoors.  In fact, there is a beautiful world class opera house, restaurants, bars and even a shop hiding behind the imposing manor house, not to mention some rather special gardens. Being local to the area, I already knew the opera was indoors and was surprised at the outdoor perception.  Later, to test the theory I put the question to the Bedsock.  "It's outdoors." he replied "Like that Il Divo thing you made me go to at Petworth Park when that couple spent the whole evening snogging on the rug next to us."


Glyndebourne has been on my 'must do' list for as long as I can remember. I had been absolutely thrilled to get an invitation to a 'select' (Ha ha! At last I am appreciated) group of bloggers and their companions, for a tour of the gardens and a chance to see the final rehearsal of 'Rinaldo'.   As Helen (the Remarkable Ms. Reeley) drove us through the Sussex countryside and along the lanes to Glyndebourne, her enthusiastic extolling of the open space, the light, the rolling Downs, the pretty lanes, even the sheep, made me realise how much I take these places for granted.  I was just very excited at the prospect of seeing the gardens and behind the scenes at Glyndebourne itself.


Although we had been told that casual dress would be fine for the garden tour and the final rehearsal we put in a little effort. Along with the usual lippie and slap, Helen wore pearls and an LBD cut low enough that her cleavage appeared in the room several seconds before the rest of her. I finally got to wear the long dress I bought for Chelsea and never got to appear in and gave my hair a good brush, although I don't think Helen believed the latter. The minute I look away from the mirror my hair starts to look untidy.


On arrival we were escorted through the back of the opera house and into a long wood panelled room where scrumptious cakes, tea, and an introduction to John Hoyland and his team awaited us. 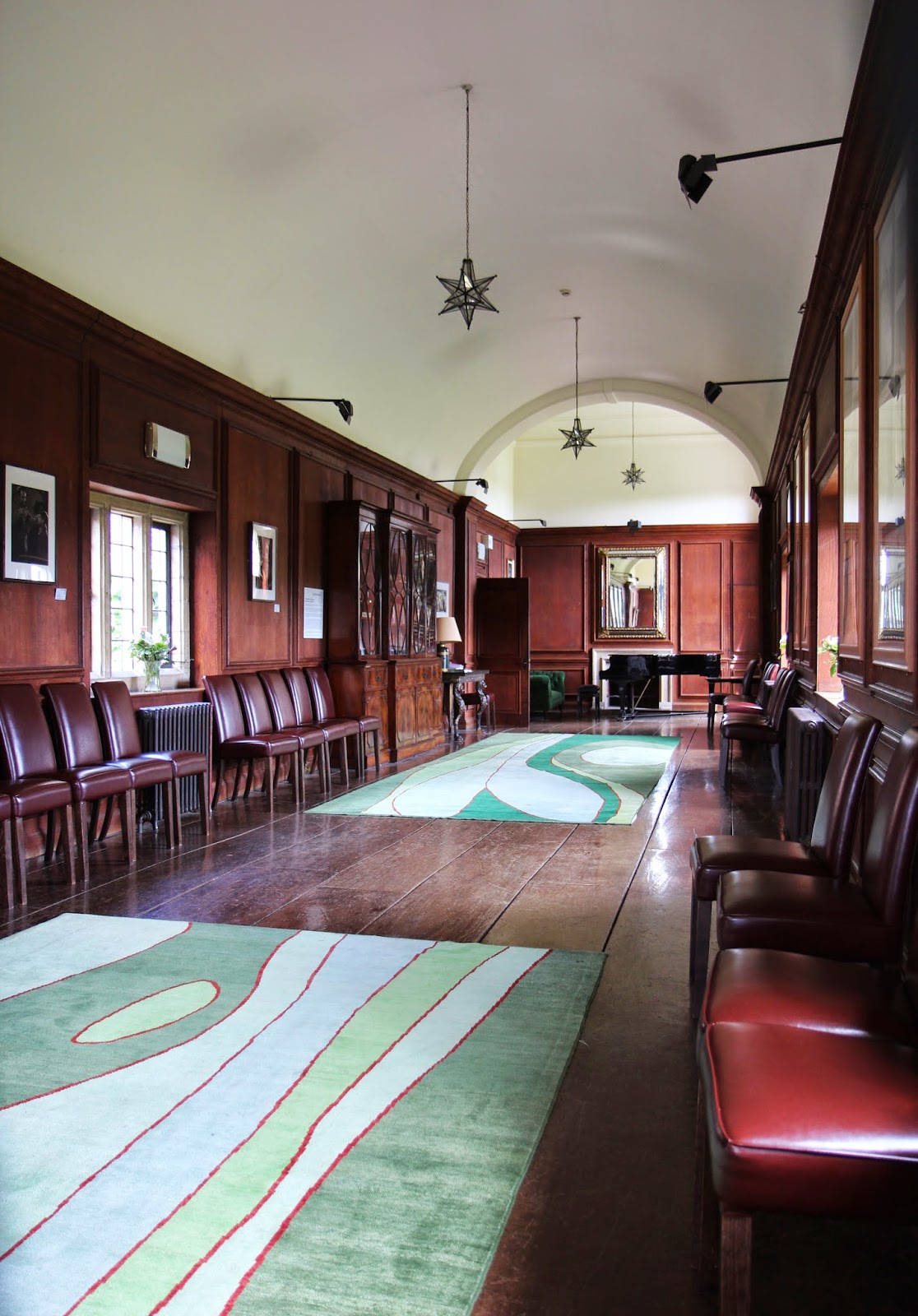 A tour of the gardens followed, like the buildings there is a mix of styles and plantings each different area with its own identity. A double terrace at the front of the house gave these borders height, depth and a fabulous lushness. 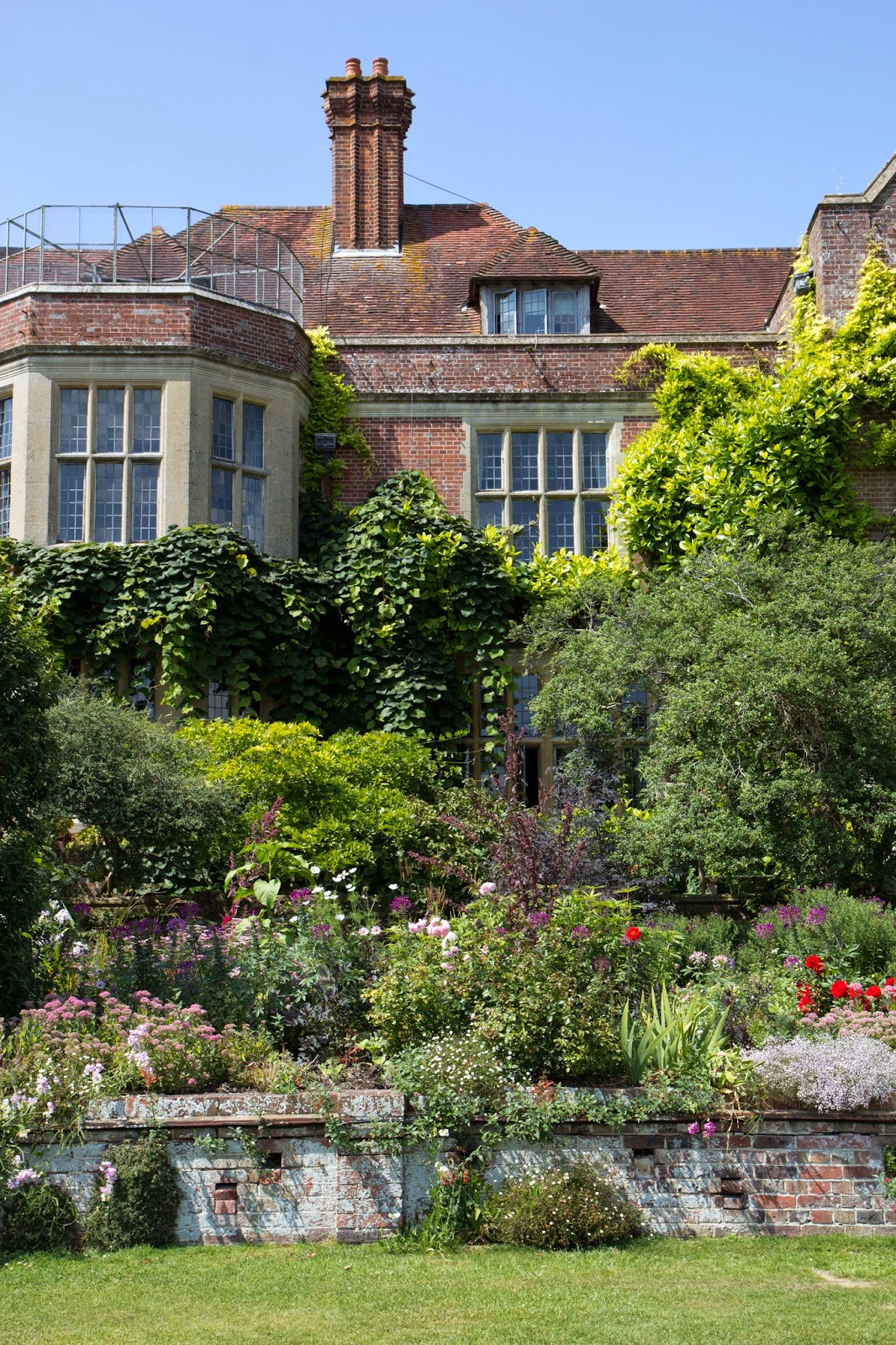 My favourite - the wildflower meadow makes a fabulous frontispiece to the entrance.  Not since the manly hands of Matthew Wilson (then curator) sowed seeds of the wild meadow at Harlow Carr have I seen such a sight.  The yellow flowers positively exploded from it 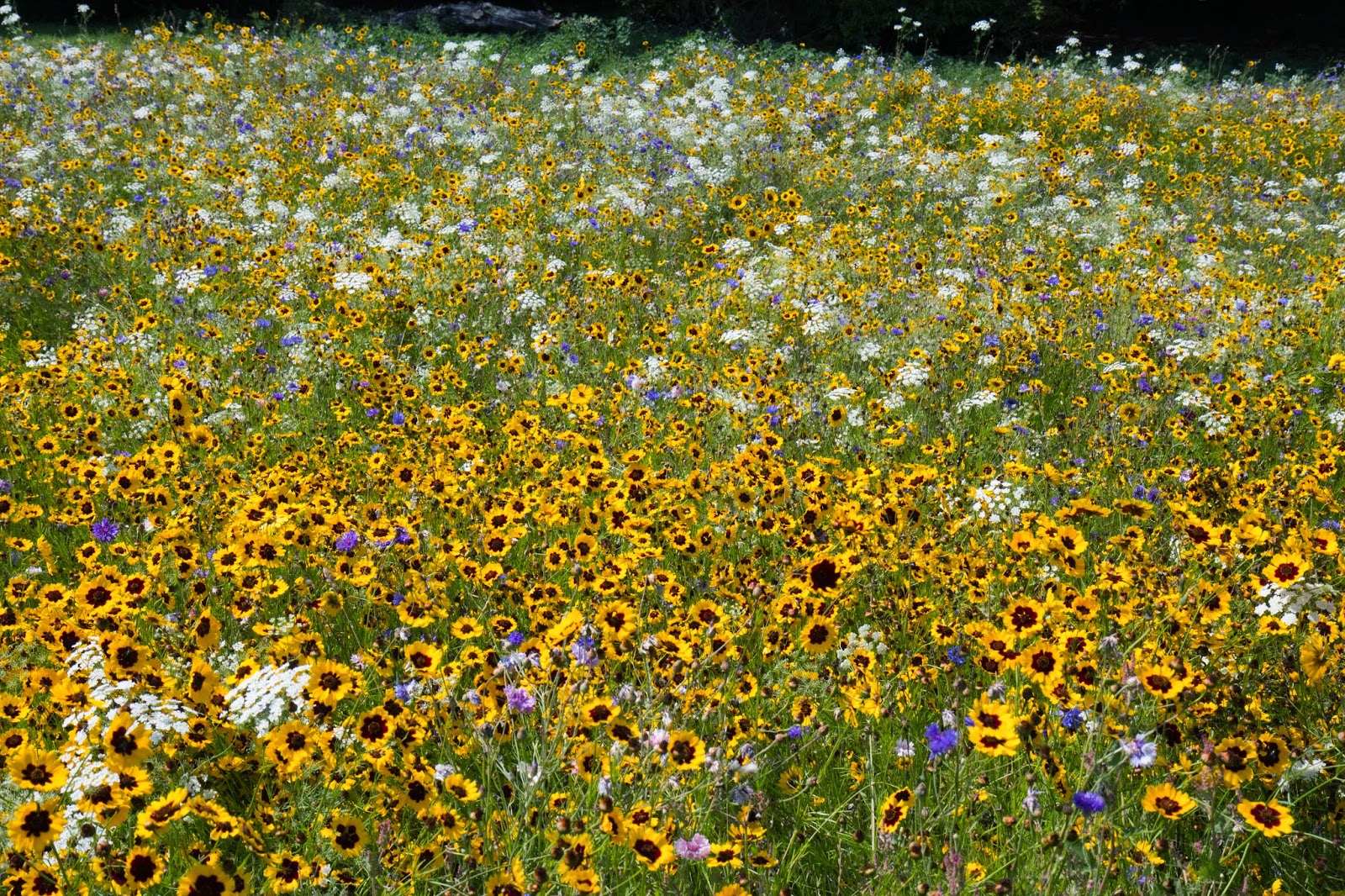 and the softer, quieter,  ammi majus could form the pattern for a beautiful Liberty tana lawn fabric 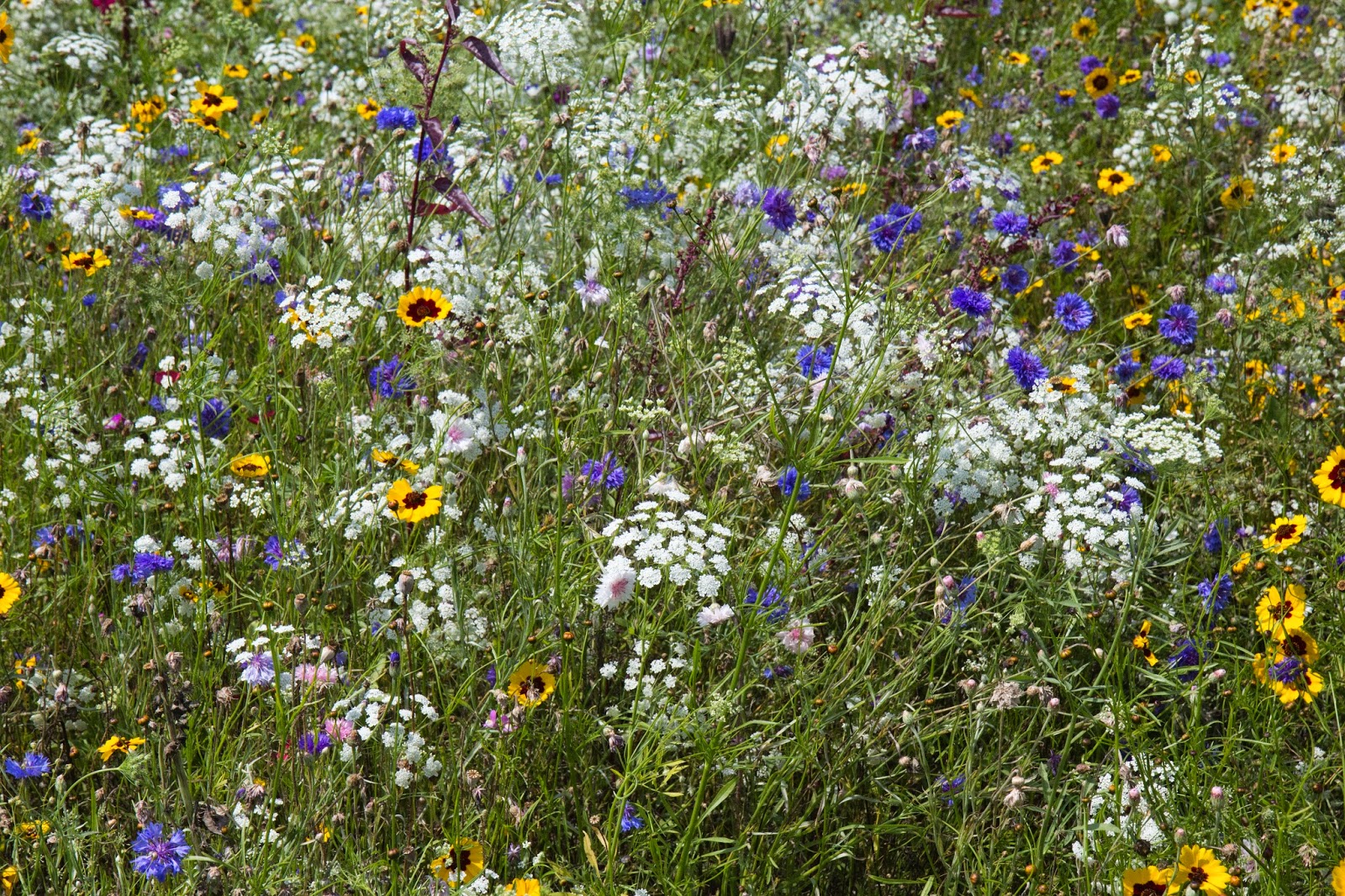 Glyndebourne functions as far as possible on sustainable principles and I was pleased to note that their cut flowers were home grown and arranged rather beautifully by Head Gardener, Kevin Martin.


The gardens at Glyndebourne have enough interest to be well worth a visit on their own - although normally only open to opera goers there are occasional open days  the next on October 11th and I would thoroughly recommend it.


We spent a pleasant hour or so being guided around the gardens and then, after we were treated to pre-opera drinks, we took our places at the front of the top-tier in the rather splendid, snazzy, opera house! Luxury of all luxuries we had not just a great view of the stage but also (important for someone whose knees stiffen within three minutes of sitting down) loads of legroom!! 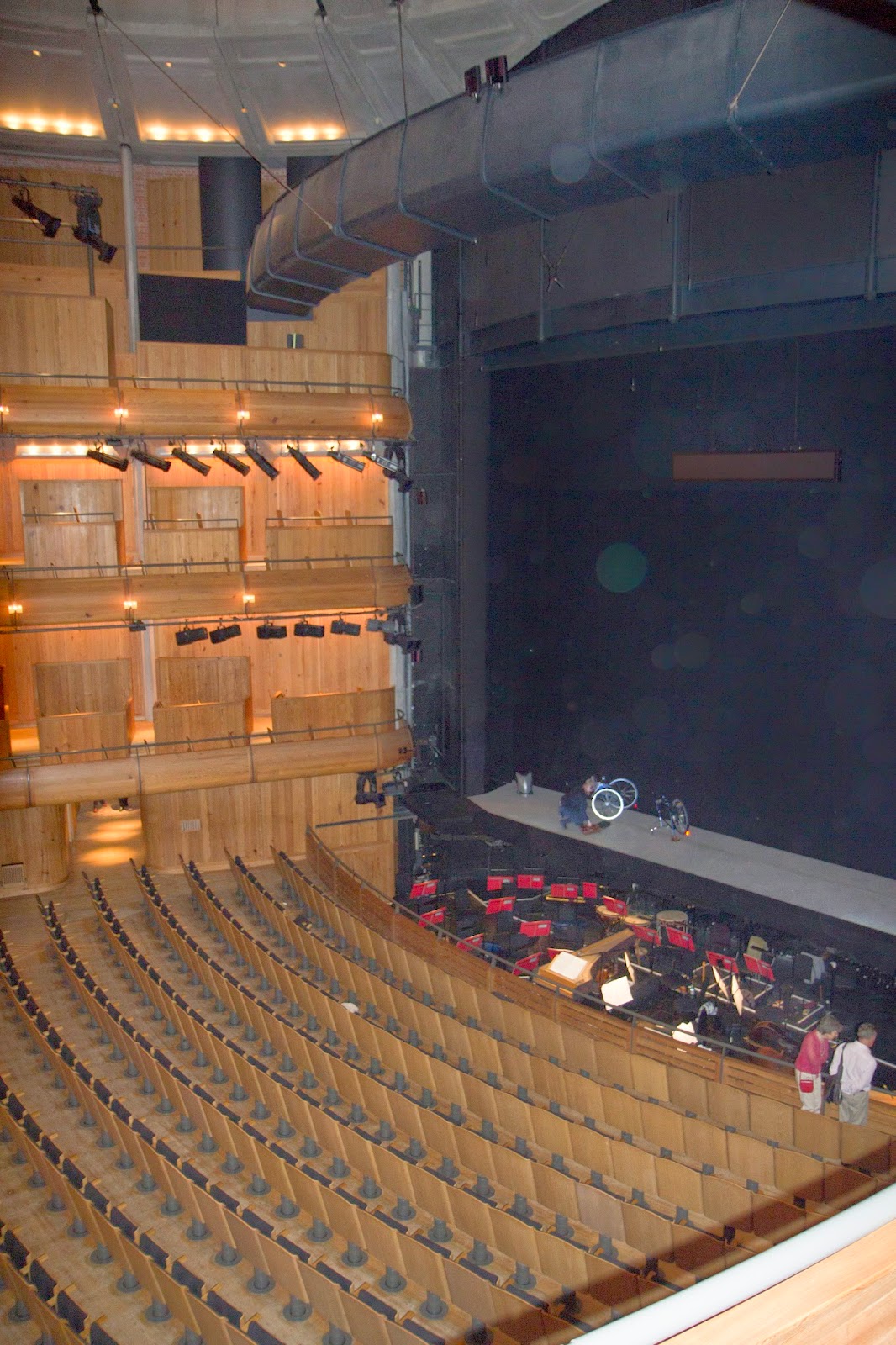 Now I'm not going to tell you a lie dear reader, Handel's 'Rinaldo' wasn't really my thing.  I'm a bit of a Porgy and Bess woman when it comes to opera and I think Rinaldo was a 'difficult' one.  The stage production was fascinating and very clever, the interpretation was amazing and I thoroughly enjoyed the first part... but enough was enough and the call of a picnic of prosecco, gala pie, and slightly squashed strawberry tarts was too strong.  I woke Helen up and we scarpered, collected our  picnic bag and chairs from the car and headed back to the glorious gardens.


It's possible to set up your picnic wherever you want in the gardens (there are also some tables to reserve on the outdoor terraces of the opera building).  We opted for the lawn by the lake with its fabulous views over to the South Downs in the golden early evening light.

Other visitors had already bagged their places by laying out their rugs and tables, ready for the 'long interval' a break of ninety minutes giving the opera goers chance to picnic or eat at one of the great restaurants and very much part of the whole Glyndebourne experience.  For a while we had the place to ourselves and a marauding opportunist seagull who was clearly hoping to find an open picnic basket to raid.