It's been a long winter hibernation for me but I was finally tempted out of it by the new Kew Plant Finders Fair last weekend. Kew always deserves a visit,  a good place to join up with my friends LazyTrollop and Helen Reeley and on top of that a Plant Fair - what more could anyone want!  A nice warm day would be one thing...  Helen was the only one of us wearing sensible multi-layered clothing. She greeted LazyTrollop with "Love the new hairstyle, darling!" and myself with "Couldn't you find your brush?"  I think she is taking over from OldMaSock.

The Plant Fair was fairly small but with some interesting stalls. I'm a great fan of Plant Fairs, I get overwhelmed at the larger plant-buying shows like Malvern and panic over the amount of choice.  Most chain Garden Centres near me are just a complete wind-up of endless tat. Being able to dedicate time to have a good look at each stall full of goodies adds so much pleasure to the purchase.

It was good to see our Heucheraholic friend Sean (who took the header picture of us)  - we particularly liked 'Gauguin' from the Heuchera 'Master Painter' series, I already have Picasso and it is a good 'doer'.  Heucheras must have the most wonderful, creative names ever! I didn't buy any new ones as I'm hoping to go to their Open Day in May.  I was very tempted by various healthy, happy looking herbs from Pepperpots and some astonishingly over-scented geraniums.  Unusual plants at 'Lilies and Chillies' from which I selected a 'baptisa' wild indigo, various shrubs I'd not seen before, particularly from the Gobbett Nursery (who knew flowering 'Cornus' could be so attractive), Genus Performance Garden wear (well-designed stuff but I didn't think I'd get my thighs into the trousers comfortably even with the stretch so I'll stick with my ancient much-loved, much-worn gardening skirts and just hope nobody calls unexpectedly when I'm wearing them!), Genus also do some rather super Japanese precision tools including this Hori-Hori knife which I want but suspect TheBedsock won't let me have for 'safety' reasons!

Our absolute favourite stand at the Fair was Ed Brooks Furniture and not just because there was a rather lovely young man on it. The Turkey Oak Blocks (pic from their website) 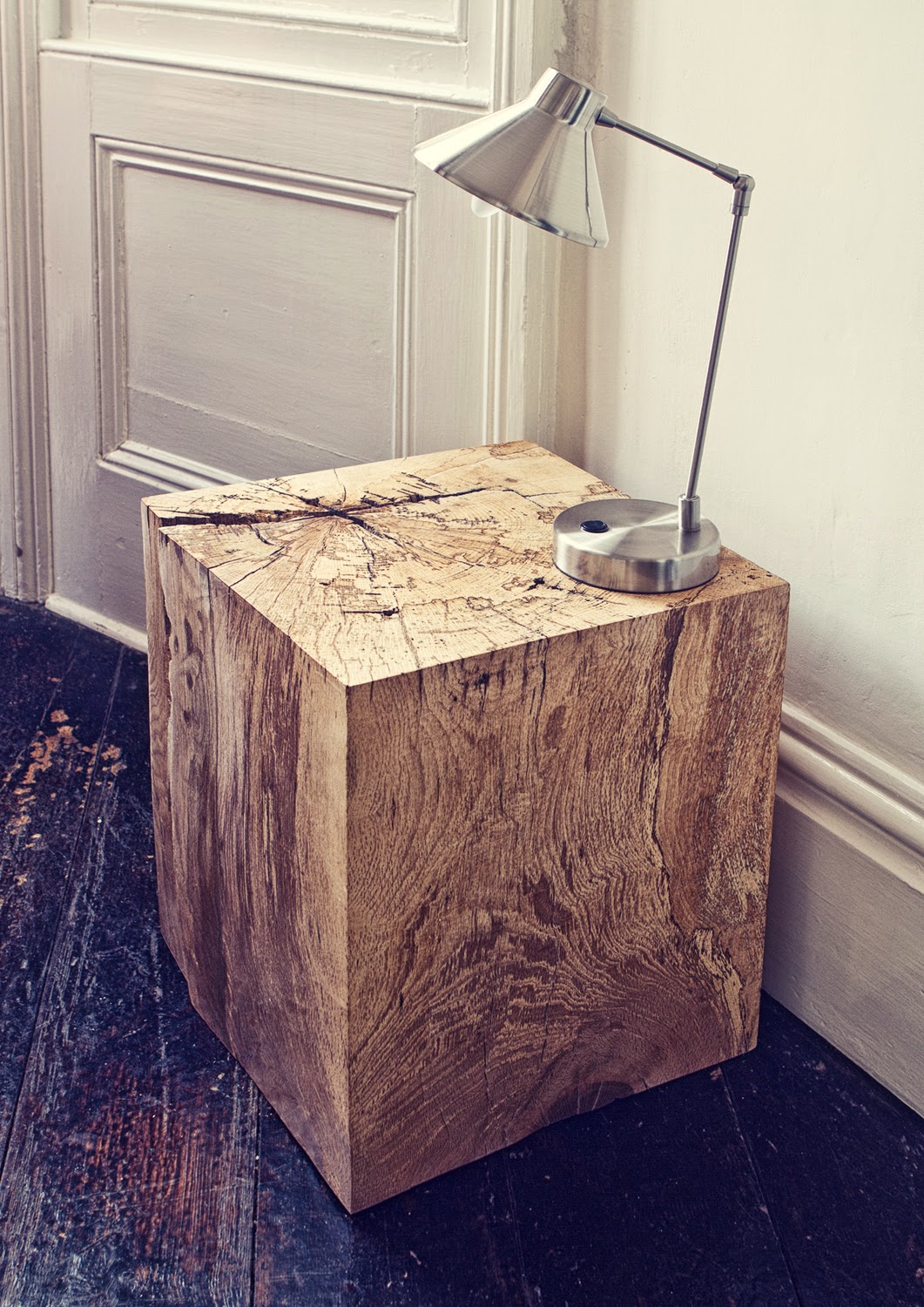 were a must have at the top of your 'Things I will Rush out to buy When I win the Lottery' list.  I might just have to have one regardless as their Dorset workshop is near the SocksCountryPile.  We wanted EVERYTHING on their display.  Unfortunately, when Helen realised the young man was from Dorset she regaled him with her story about how a man had exposed himself at her and friends at Branscombe a few years back! Let me tell you, this somewhat candid story is a conversation killer! I knew it would be because I once did exactly the same with a similar anecdote many years ago and wasn't allowed to forget it!

The PlantFinders fair could have been improved by more publicity particularly at Kew itself where it was tucked away enough to not be noticed by casual visitors to Kew.  It was also rather expensive if you were only visiting the fair, £15 for advance tickets would be ridiculous if you weren't going to look around Kew gardens as well.  However, as admission to Kew is £15.00 for adults you essentially got the Plant Finders fair chucked in for free - maybe this should have been made more obvious.
The other, rather interesting, problem was that plants from the Fair could not be taken into the rest of Kew Gardens (unless they were suitably bagged up) in case of contamination.  This meant that two lovely ladies were acting as 'security' at the entrance to the Fair asking that people, either leave the plants in the 'creche' to be collected later, or they would bag them up appropriately. This would be a nuisance if you planned to do Kew and leave by another exit and had to go all the way back to the creche to get your plants.  By the way if you are the man trying to scurry past the guards clutching a small unbagged shrub... it was LazyTrollop who dobbed you in!!!!

Overall a good day out and we very much hoped the Kew PlantFinders Fair will become an annual event.
Posted by Arabella Sock at Thursday, April 30, 2015 1 comments